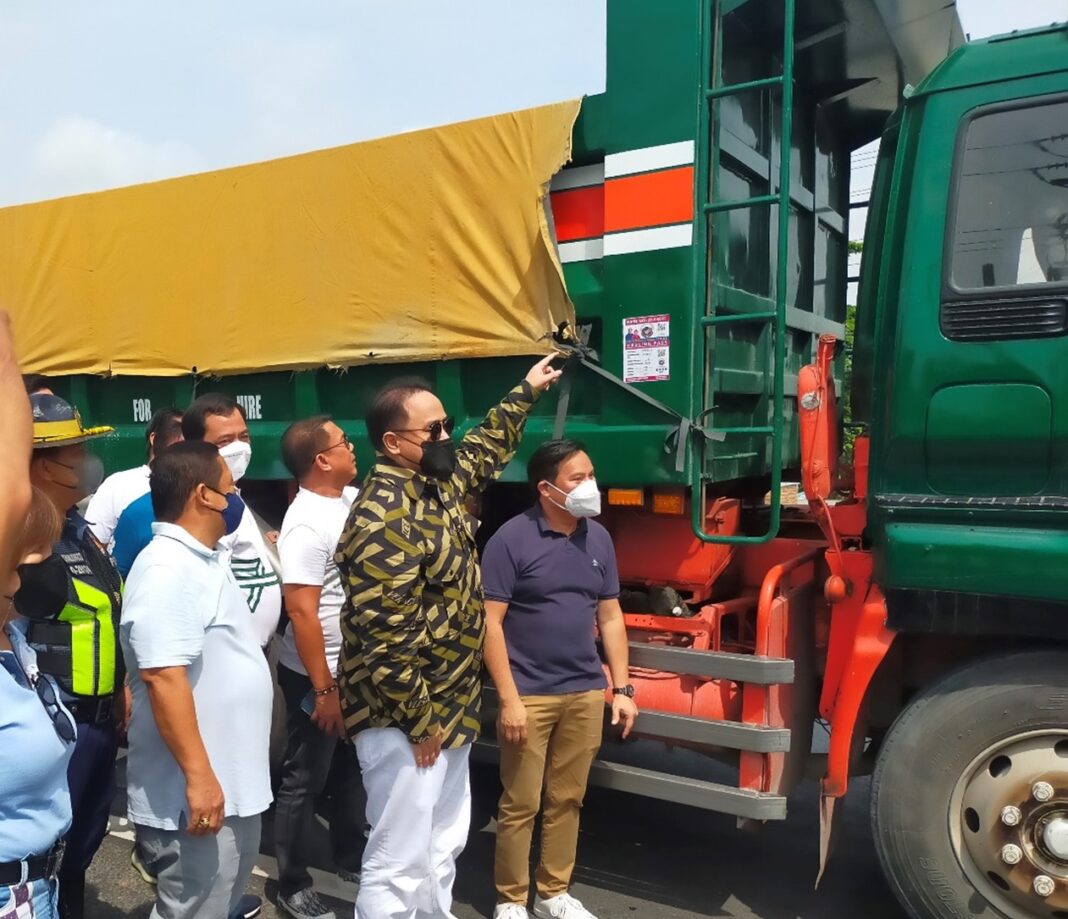 The NLEX Corporation lauds the initiative of Pampanga quarry operators, through the efforts of Pampanga Governor Dennis Pineda, in cutting the sidings of their trucks to comply with the vehicle weight cited in the anti-overloading provisions of the Republic Act No. 8794.

After the dialogue this morning with Governor Pineda and representatives from the Department of Public Works and Highways (DPWH), Land Transportation Office (LTO), and NLEX Corporation, it was agreed that starting today, August 19, 2022, sand-carrying 10-wheeler trucks with cut sidings, RA 8794 and 33-ton weight limit compliant, and with hauling passes issued by the Pampanga provincial government will be allowed to enter NLEX immediately.

Sand-carrying trucks with 12 wheels and more with cut sidings and hauling passes can proceed, provided that they are compliant with the 33-ton weight limit. These types of trucks will be weighed prior to entering the expressway. For other 12-wheelers and up, NLEX is continuously coordinating with trucking companies and organizations to address their concerns.

“We are grateful for Governor Pineda and our trucking stakeholders in Pampanga for starting this initiative for other LGUs to follow,” said NLEX Corporation President and General Manager J. Luigi L. Bautista.

With public safety as a top priority, the tollway company will continue to implement the 33-ton weight limit on the Candaba Viaduct and enforce the anti-overloading law in the entire NLEX-SCTEX, as affirmed by the DPWH and the Department of Transportation (DOTr).

As agreed with government agencies, NLEX previously announced that 12-wheeler trucks and up, trailers, and other heavy equipment weighing 33 tons and above are not allowed to pass through the Candaba Viaduct to preserve the long-term viability of the structure, and allow the repair of the observed damage to its deck and girders.